One of the best things about moving into our new studio at Stanley Marketplace is that we’re now mere 100 yards from Denver Biscuit Company. I guarantee these biscuit sandwiches will give your culinary-skilled grandmother a run for her money. With four locations, one being IN THE SAME BUILDING AS US (can you tell we’re excited?), and a traveling food truck, this restaurant is taking Colorado by a storm.

Drew Shrader and his wife Ashleigh, plus their executive chef Jonathan Larsen, took a risk in 2009 and created one of the state’s most unique restaurants. They started with a gourmet food truck, the Biscuit Bus, who likes taking her biscuity goodness to pretty much any event you can think of. While she was being built, Shrader and his incredible team opened the company’s first physical location out the back of their already existing bar, The Atomic Cowboy.

From buttermilk fried chicken to hickory ham, to 10-hour-smoked pulled pork to a vegetarian mushroom gravy, to a cinnamon roll the size of your face to a sweet strawberry shortcake biscuit, their menu includes something for everyone, plus biscuits, biscuits, and more biscuits. We’re also 99% sure that their housemade sausage gravy cures broken hearts.

Being a diverse bunch, we all have different palates and dietary preferences at From The Hip Photo, but we can all agree on one thing: We’re obsessed. Try it, we dare you. Your life will never be the same. 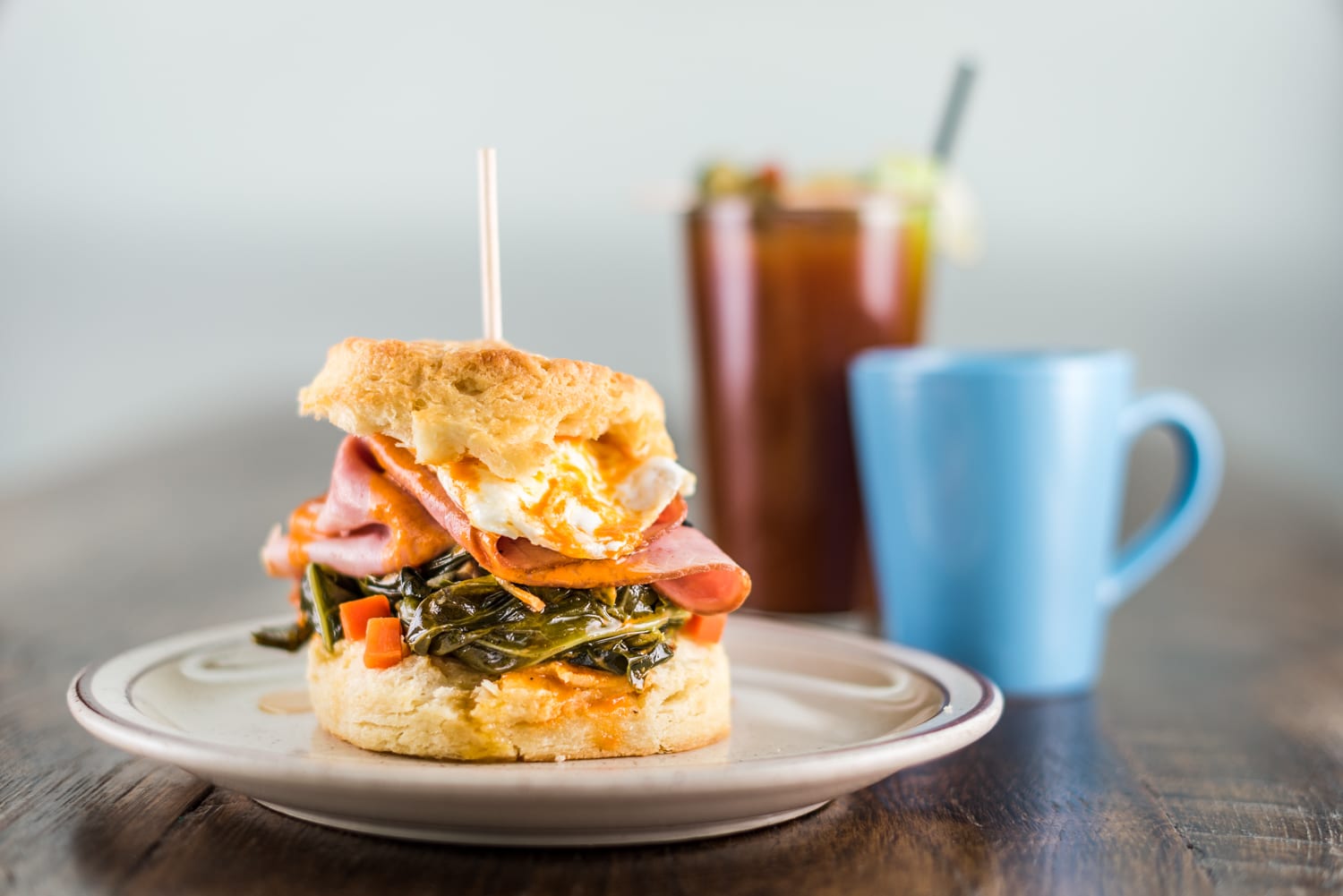 Author
From the Hip Photo